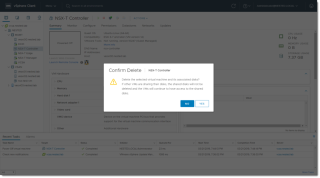 Intro Welcome to Part 5 of my NSX-T Home Lab series. In my previous post, I covered how to configure NSX-T networking to be able to start migrating and running workloads on the NSX-T fabric…Read More 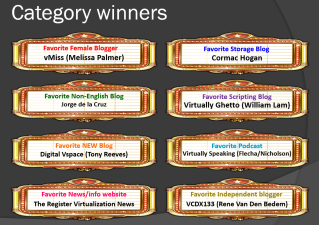 Below are the results for the Top 25 vBlogs and Category winners that were revealed today. You can watch the recorded results show and the slide deck used is also available below. Full results will be published very soon! 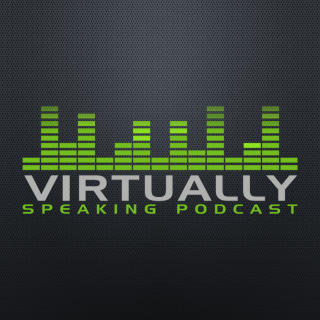 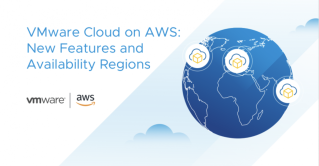 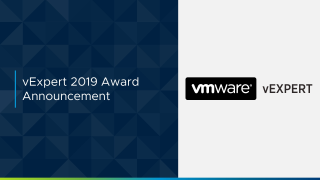 Thank you to everyone who applied for vExpert. We are pleased to announce the list of 2019 vExperts. Each of these vExperts has demonstrated significant contributions to the community and a willingness to share their expertise with others.

Meet the VMware Service-defined Firewall: A new approach to firewalling

VMware has had front row seats to the digital transformation that has touched virtually every organization. We’ve been there (and helped drive!) the journey from monolithic applications hosted on a single server, to distributed apps running in VMs, to further decentralization in the form of cloud-native apps composed of microservices. Now, we’re watching the proliferation The post Meet the VMware Service-defined Firewall: A new approach to firewalling appeared first on Network Virtualization. 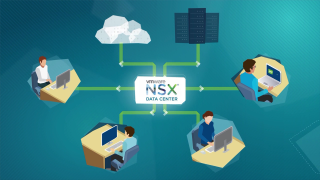 Go beyond SDN with VMware NSX network virtualization & security software. Learn how to leverage network security with granular micro- segmentation. Try it today at no cost! 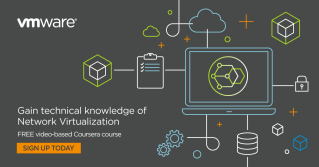 Networking and Security Architecture with VMware NSX from VMware. This 8 week online course equips learners with the basics of network virtualization with VMware NSX. To get the most of this course, you should have familiarity with generic IT …Read More 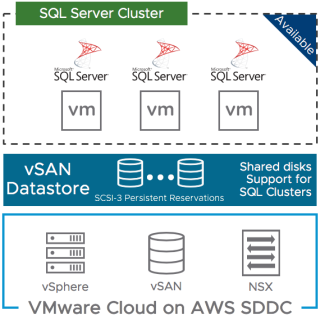 In the latest of a seemingly continuous stream of enhancements, we are pleased to share Microsoft SQL Server Cluster support on vSAN. This support has been added in the latest release of the VMware Cloud on AWS Service (1.6) and adds SCSI-3 Persistent Reservation (SCSI3-PR) support to vSAN. Initially released to the VMware Cloud on The post Native SQL Server Cluster support on vSAN appeared first on Virtual Blocks.