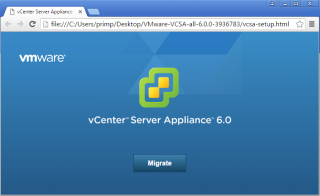 Today, I am very happy to announce that we have released the official Windows vCenter Server to vCenter Server Appliance (VCSA) Migration Tool which is part of the new VCSA vSphere 6.0 Update 2m release! I know many of you have been asking for an update since we released the VCS to VCSA Convert Appliance Fling a little […]