VMware’s next play: Managing all clouds for enterprises – ZDNet 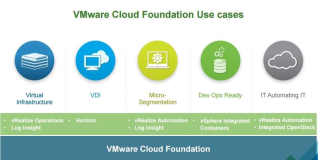 VMware’s next play: Managing all clouds for…

VMware unified its cloud management tools and launched a technology preview of platform that will manage public and private data center resources. 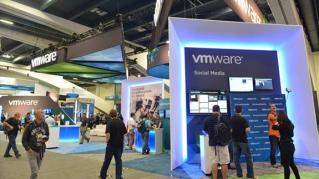 Catch the latest VMworld buzz with these social…

Social Media is already buzzing heading into VMworld 2016. The VMworld Community is growing each year with new conference attendees, alumni and worldwide participants. Here are the Social Media & Community offerings available on vmworld.com: 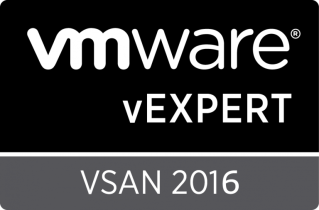 Thank you to everyone who applied for vExpert VSAN. Myself and VMware Storage & Availability Business Unit are pleased to announce the list of 2016 vExperts who received the VSAN award. This elite group includes bloggers, book authors, VMUG leaders, speakers, tool builders, community leaders and general enthusiasts. This group of individuals have passion and enthusiasm for technology, but more importantly, have demonstrated significant activity and evangelism around VSAN.

Deploying NSX in a Home Lab – Part 3 (via etherbacon.com) 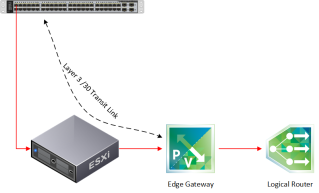 In Part 1 of my Deploying NSX series, we covered the prep of NSX in the environment, including deploying the NSX Manager appliance, deploying NSX Controllers and vSphere host preparation. In Part 2 this part of the series, we covered the creation of Logical Switches and our NSX Edge, which consist of our Edge Services Gateway (Providing DHCP, Firewall, VPN, NAT, Routing and Load Balancing capabilities). In our 3rd part in the series, we’ll cover the deployment of the Logical Router, which provides our routing and bridging for the existing networks, as well as configuring routing to get traffic into and out of our new NSX environment. 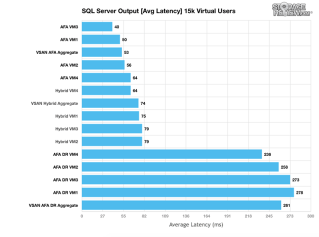 Last year we published a detailed series of reviews on VSAN 6.0 in a hybrid configuration. In February of this year, VMware launched VSAN 6.2, which brought data reduction via deduplication and compression, as well as a number of other features to the market. 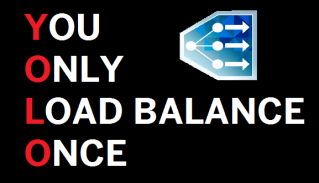 VMware NSX has quite a few different functionalities, some of those come from binaries installed directly in the ESXi kernel, others come from another important component of NSX, one that is often …Read More 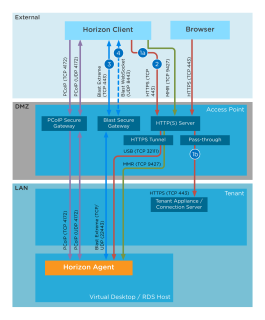 Since I published the Horizon 7 Network Ports diagram with the latest release of Horizon 7, I’ve been frequently asked about the connection flow between the Horizon Client and the virtual desktop. VMware Horizon supports RDP, PCoIP and now Blast Extreme. I’ll start with PCoIP and then we’ll look at Blast Extreme.

We began to virtualize our Datacenter in 2003. We were struggling with the same problems as so many other companies at that time… The size of our Datacenter.

We started with virtualizing 35 of our then 150 servers using 4 physical servers. One of the challenges at that time is oddly enough one we sometimes runs into today. If an application doesn’t perform well the answer from the providers is that their software doesn’t perform well because we are running it on VMware. We have over the years used a lot of time trying to prove that the performance problem is not coursed by our Infrastructure but by the different applications. For some Applications we even had to hire external specialists to back up our claim.

Today we are running almost fully virtualized. We have about 500 virtual Servers and about 500 virtual Desktops and that with a smaller Operations Staff than we had in 2003. The only workload not running virtualized is a system that requires Analog phone lines. Everything else is running on vSphere. Not only are we saving a lot of money on power and cooling but we have gained an Infrastructure was is more stable and a lot more flexible that the one we had before. From taking up to a month to deliver a server we can now do it in 15 minutes.

What about the challenge with proving that our Infrastructure is not the course for performance problems? Well once again VMware to the rescue. The solution for us was to begin using Operations. Available as vSphere with Operations or as vRealize Operations you gain full visibility of how the Infrastructure performs and where you have bottlenecks. If a user complains about performance you can quickly determine if you have a problem with the Infrastructure or if it is software related. This makes troubleshooting a lot easier. As an added bonus it makes it easier to estimate the needs for sizing the Hardware in the Datacenter. You can see the required size and performance needs for CPU, Memory and Storage.

For us the implementation of vSphere and Operations has been a huge success and even with a smaller Operations staff and a lot more servers than then we started we have a Datacenter that is stable and flexible and allow us to quickly respond to the Business demands.

William Lam and Alan Renouf invites you to VMworld {code} Hackathon held during VMworld on August 29 from 6:30pm-10:00pm! We will provide each team with an already configured vSphere 6.0 Update 2 environment which will consist of a vCenter Server Appliance (VCSA) and single physical ESXi host running on top of VSAN. Winners will receive this customized VMware lab ready Intel NUC mini PC! 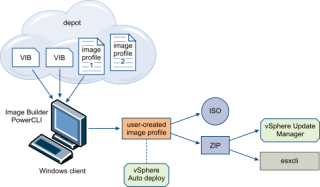 I have recently been working on a larger scale platform for my employer, it requires quick deployments of environments on VSAN with some standardised VIBs added in, initially we were doing this with a standard ESXi ISO install through iDRAC and then installing vCenter, vSphere Update Manager and pushing the VIBs to the hosts via …Read More