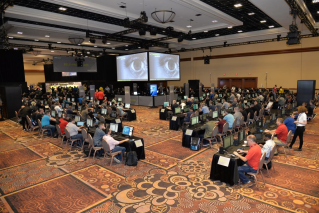 Today we are releasing labs from the VMware Hands-on Labs 2017 Catalog. These labs were first released at VMworld US in Las Vegas and are now available to you! While we won’t be releasing all the labs in the catalog just yet, we did need to release some of them for upcoming events, like SociaLabs. […] The post New 2017 VMware Hands-on Labs Released! appeared first on VMware Hands-On Lab (HOL) Blog.